What an American and two Frisians have in common? (No, this is not a bad joke).

You may be thinking: an American and a Frisian, not only miles apart in distance, but also in beliefs.
That distance both in kilometers, but also beliefs is a relative concept, became clear a few years ago. When in 2014 those two down-to-earth Frisians got wind of an American concept called Vetericyn.
Founder Bob Burlingame had a big iron in the fire: the Vetericyn concept. His vision was to help animals worldwide, with a product based on only natural ingredients. Concept of the two sober Frisians? Nice story, but first see and then believe.
The Frisians tried the product and experienced the effective functioning of Vetericyn. Both are animal lovers in heart and soul, and both have a variety of pets. One had a dog and many horses under his care, the other two cats and a dog.
The blue bottle was frequently used to cure the skin problems of their pets (which happened regularly). And that American and Frisian view? They melted together. "Damn, that blue bottle really works!
So it happened that plans were forged from an attic room in the Frisian town of Drachten. Namely, to bring a wonderful product to the attention of the public: Vetericyn. Lines were laid out, animals were helped and owners responded enthusiastically.
It was the beginning of this two-headed company, which all these years later still fully supports the effective operation of the product. "It's best to have the blue bottle on hand at all times," they found.
As Bob Burlingame said, "From the moment I first tested our technology on my horses and dogs, I found that we really had something special to offer. I wanted other people, who also love their animals, to be able to use the same product. All these years later, I'm glad we can offer animal lovers around the world a line of safe, non-toxic grooming products."

To that view, the two Frisians gladly collaborated. In the meantime, Vetericyn has also become an established name in the Benelux. Not miles apart, but united worldwide. Because it works. It really does!

And we are very Grutsk of that. Or proud, of course😉 . 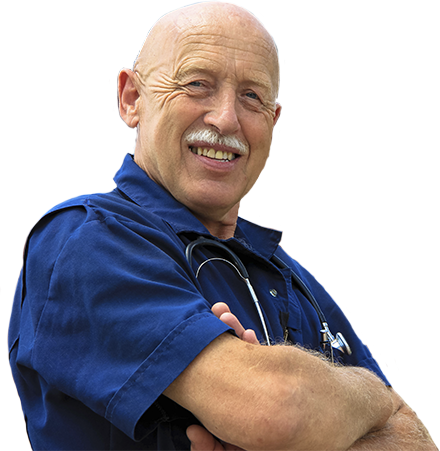